If you’re searching for recommended Electricians Widnes, you’re in the right place. At Red Elec we believe our customers are the best people to tell you how good we are. So we decided to ask our customers in Widnes to review our electrical skills… Here’s what they said:

I recently moved into a new flat and I realised only after a day of being in there (was too busy moving in to realise) that one of the rooms in the flat had sockets but they didn’t work, as if they weren’t connected to the mains at all and were only there for show! I was given Red Elec’s number from one of my new neighbours who said they work wonders when it comes to working with things involving electrics. I gave them a call at around 10:00am and somebody was round well before half eleven that same day and by 2:00pm they had left and I had a room in my flat that wasn’t left in the dark ages, thanks Red Elec! 10/10 would recommend!

We had a new extension fitted that we were planning on using as a kitchen and then turning the kitchen into a dining area. Although the contractors that we hired to build our extension had no idea how to work electrics (they only told us after the job was finished and we were furious!), fancy building a room for a modern house and not coupling it up to the mains!! I gave Red Elec a call after finding their number on their website (through Google) and within the same day they sent two people round to connect the extension. They left not too long after they arrived leaving no mess and leaving us with a fully working room! We can finally turn it into the kitchen that we want and it’s all thanks to these guys. 5/5

There’s been many break-ins around our area, always happens at this time of the year. But to be on the safe side of things, we wanted to improve our homes security by adding outdoor lights around the perimeter of our home, just so we’re made aware whenever somebodies close, by the lights automatically turning on. I was speaking to my friend over a pint and he said that Red Elec did exactly what we’re wanting to his home, as I have already seen what they’ve done to his house, I decided to jump to the offer when he said he’ll give me their number. After a quick phone call they sent somebody round and within an hour the lights were all set up and working correctly. I would recommend these to anybody who is in-need of outdoor security lighting.

Fields with * are required 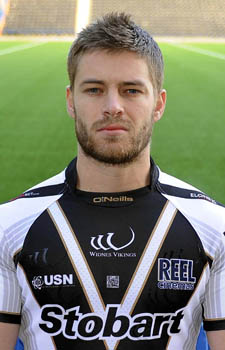